s.Pro – sustainable projects is a consulting company based on more than fifteen years of experience in the management of international projects. s.Pro initiates, prepares, manages and follows–up on transnational projects. We do not only cover the whole project cycle but also address specific areas of expertise related to sustainable development: maritime policy and blue growth, resource efficiency and regional development. Our work philosophy is based on the desire to develop projects which not only cover sustainable development but are also sustainable in themselves.

The mission of the University of Rhode Island is to be committed to enriching the lives of its students through its land, sea and urban grant traditions. Students, faculty, staff and alumni are united in one common purpose; to learn and lead together. The University has a combined enrollment of 17,974 students and offers undergraduate and graduate degree programs through the doctoral level. The University has over 100 majors in seven degree-granting colleges. Its main campus is located in Kingston, Rhode Island, 30 miles south of Providence in the northeastern metropolitan corridor between New York and Boston. In addition to the Kingston Campus, the University has three other campuses including the 165-acre Narragansett Bay Campus, which is home to the Graduate School of Oceanography (GSO). The Coastal Resources Center (CRC) of the GSO brings science to bear on societal concerns through research and public outreach and engagement.  CRC is a leader and champion for the integration of human and socio-economic aspects into coastal and marine issues such as sea-level rise, shoreline change, habitat conservation, offshore resources (e.g., wind power) and sustainable fisheries and aquaculture.  It is known to be a credible, neutral party for facilitating decision-making using hands-on and innovative approaches and is a reliable source of technical information.  Founded in 1971, CRC has over 45 years of experience in the design and delivery of governance initiatives, and is a locally and internationally recognized leader in strengthening coastal community capacity.  Moreover, CRC’s work on ecosystem-based management, spatial planning, and coastal resiliency has yielded global attention and has influenced thousands of individuals and many dozens of organizations.

The Royal Institute of Technology (Kungliga Tekniska Högskolan, KTH) in Stockholm is the largest, oldest and most international technical university in Sweden. No less than one-third of Sweden's technical research and engineering education capacity at university level is provided by KTH. Education and research spans from natural sciences to all the branches of engineering and includes architecture, industrial management and urban planning. Industrial Ecology at KTH has played a key role in the SUBMARINER project and is also a founding member of the Network.

Møreforsking (MF) is the largest non-profit regional institute in Norway, with our main office in Ålesund and offices in Molde and Kristiansund.  The institutes conduct applied research on topics related to marine- and social sciences, transport economy and logistics. We contribute to sustainable resource management, innovation and value creation through research and knowledge production in collaboration with industrial clusters in the region, public sector, as well as national and international research institutions. The institute is interdisciplinary and supply research reflecting both international, national, and regional priority areas. MF possess various laboratory facilities, including laboratory for chemical and molecular analysis, a facility for live marine organisms and a process laboratory for conservation, storage, and primary processing. Complete lab-facilities for characterization and proximate chemical composition of marine raw-materials, protein/peptide profiling by SEC-HPLC, combined with large scale fractionation by FPLC for purification of bioactive proteins, peptides or carbohydrates, physicochemical, microbiology and sensory analysis.

The Universidade Federal de Santa Catarina (UFSC) is one of the leading research university in south Brazil. The university is public and free of charge having more than 60,000 people among professors, students, technicians, and staff. UFSC has become internationalized through cooperation agreements (300) with educational institutions all over the world.

The Oceanography Department focus on investigating systems, processes and the abiotic and biotic phenomenon of the marine environment and their management. Special attention to research related to physical, chemical, geological processes and management and planning, especially in the coast south Atlantic coast, investigating also oceanographic processes in medium and large scale in the South Atlantic Ocean. Researches are interested in determining structure, function and dynamics of populations, communities and coastal and oceanic ecosystems.

The SUBMARINER Network for Blue Growth promotes sustainable and innovative uses of  marine resources. The network is a hub for projects, initiatives and activities at all levels. SUBMARINER offers a cooperation platform to related actors and initiatives in the Baltic Sea Region with the aim to turn the Baltic Sea Region into a model region for sustainable blue bio-based innovations and smart combinations. The Submariner Network acts as an umbrella organisation and initiates partnerships and the project development; it brings together a unique variety of institutions representing national and regional authorities, research institutions, business associations and consulting companies from all Baltic Sea Region countries all involved in promoting combined and sustainable blue economy solutions.

The Natural History Museum holds and   maintains collections of birds, mammals, insects, fishes and terrestrial and marine invertebrates. Recently (since 2015) the Museum has also molecular biology  and biobank of native fauna species. The Museum has also a database room since  2018.  The Museum has also display rooms with Birds, Mammals, Fishes, Reptiles,  Invertebrates, Insects and carries out education and awareness with University Students, High Schools, Primary Schools and Kinder gardens and has display rooms opened to the public.

The Museum is housed in a building which was built in 1933, which a special architecture ( Portuguese NeoManuelin). The  building has been classified by the Ministry of Tourism and Culture of Mozambique as a National  Monument.  It has workshops, a library and an amphitheater It has also a garden in which some cretaceous dinosaurs are exhibited as well as representative plant species of Mozambique Flora.

In addition, the Museum carries out ecological research in marine, freshwater and terrestrial fauna and ecosystems in Mozambique..  The Museum carries out  research on marine mammal conservation, terrestrial mammals conservation (buffalos, lions, wild dogs)  and planning, marine and freshwater fish taxonomy and phylogeny, invertebrate biology with emphasis on marine crustaceans linked with fisheries.

The Museum is led by a Director and has a Deputy Director for Research Affair. It has two departments: Museology (which deals with exhibition and interpretation of displays) and Natural Sciences ( which carries out research) and one repartition of Administration and finances. The total number of staff members is 49 , of which 10 are allocated to the research. Of these 3 are lecturers ( 2 senior and one junior lecturer), 2 researchers ( one senior and one junior). The remaining 6 staff members are research assistants who maintain the collection. The lecturers apart from research, also lecture at the Department of Biological Sciences of Faculty of Science

The Museum also has taxidermists (4 staff members) who maintain the animals exhibited at its premises.

University of Nantes (UN) is located in a beautiful natural environment situated in the heart of Nantes, a city renowned for its vitality, culture, economic development and its quality of life. Within its campuses, different disciplines meet to enrich one another. UN is one of the rare French universities to promote interdisciplinarity. 38,000 students mix within the 20 faculties and schools there. 295 specialities are represented, 43 laboratories work in all fields of knowledge. UN is a major place for higher education and research in France (https://english.univ-nantes.fr/). Research at UN covers all fields of research with 4 priorities: Materials, Health, Digital, and Ocean. About 600 faculties and PhD students are developing research on ocean: Marine resources, Marine engineering, Biodiversity/environment/health, and Blue growth/maritime governance.

The LETG lab is the UN entity involved in the Multi-Frame project. It is a joint research lab of the French National Centre for Scientific Research (CNRS) and different universities in the West of France (including Nantes). It gathers about 160 members including PhD students; 40 of them located in UN. LETG develops research in coastal and marine geography as well as in geomatics (https://letg.cnrs.fr/). The lab is also involved in graduate studies (master in geography and marine planning, PhD). 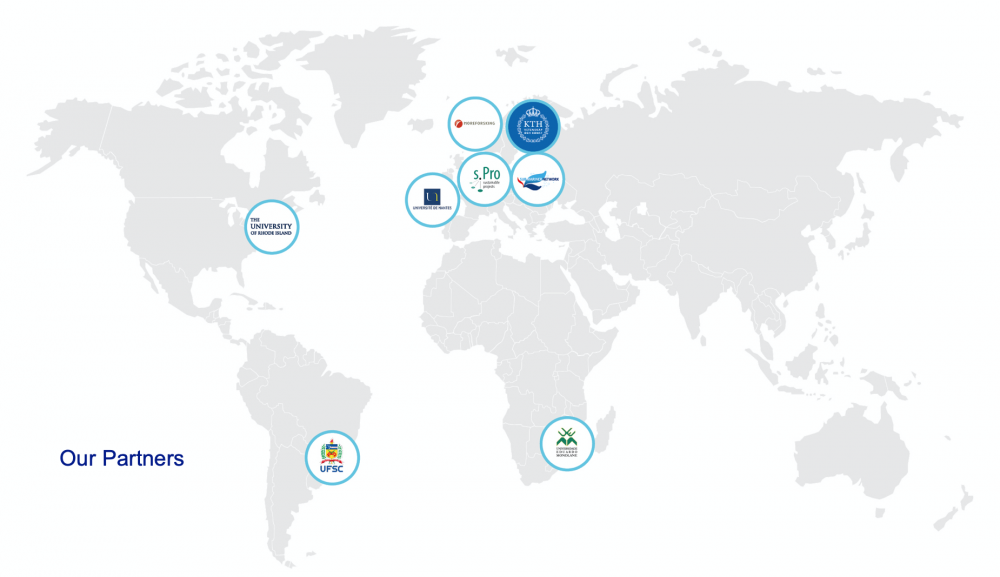