On 20 September, the SUBMARINER team joined the demonstration days in Middelgrunden wind farm which included the boat tour to one of the iconic wind farms offshore Copenhagen, and climbed to the nacelle!

SUBMARINER has joined the tour to record a video about the UNITED Middelgrunden offshore wind farm multi-use pilot that will be used as part of the project communication strategy. See the video here: https://www.youtube.com/watch?v=Lb5HDBWtzJQ&ab_channel=H2020UNITED

The video shows the main snapshots from the tour including the 20min boat trip to the offshore wind turbines, the view from the nacelle, and impressions from stakeholders who have joined the tour. It also features a short interview with the pilot leads providing insights about the aims and activities of this pilot.

Would you like to know more about this offshore wind farm multi-use pilot? Check out the UNITED project website pilot page. Interesting fact --> Middelgrunden is probably the only offshore wind farm in the world that can be visited by tourists, and where they can even climb up! In fact, at the time the turbine was built, the ladder was constructed as the main tool to climb to the nacelle – the cover housing all of the generating components in a wind turbine, including the generator, gearbox, drive train, and brake assembly. In contrast, newer offshore wind farms are larger and thus have a small elevator built-in, instead of a simple ladder. While many people can climb the ladder, the elevator can take only one or two people at a time, thus not making it feasible for a bigger group to climb to the nacelle. The Middelgrunden wind farm also contains a safety platform on every floor inside the pile, making it safe for people to climb.

The tour was organised for the shareholders of the local cooperative that owns the turbines, but also a number of tourists joined the tour, many of them coming from Germany and Sweden. During the tour, participants learnt about the history of the wind farm. When it was constructed, Middelgrunden was one of the first and biggest offshore wind farms in the world. The farm now stands as a landmark to the city of Copenhagen, a source of pride for its shareholders and an inspiring view for people visiting and living in Copenhagen. 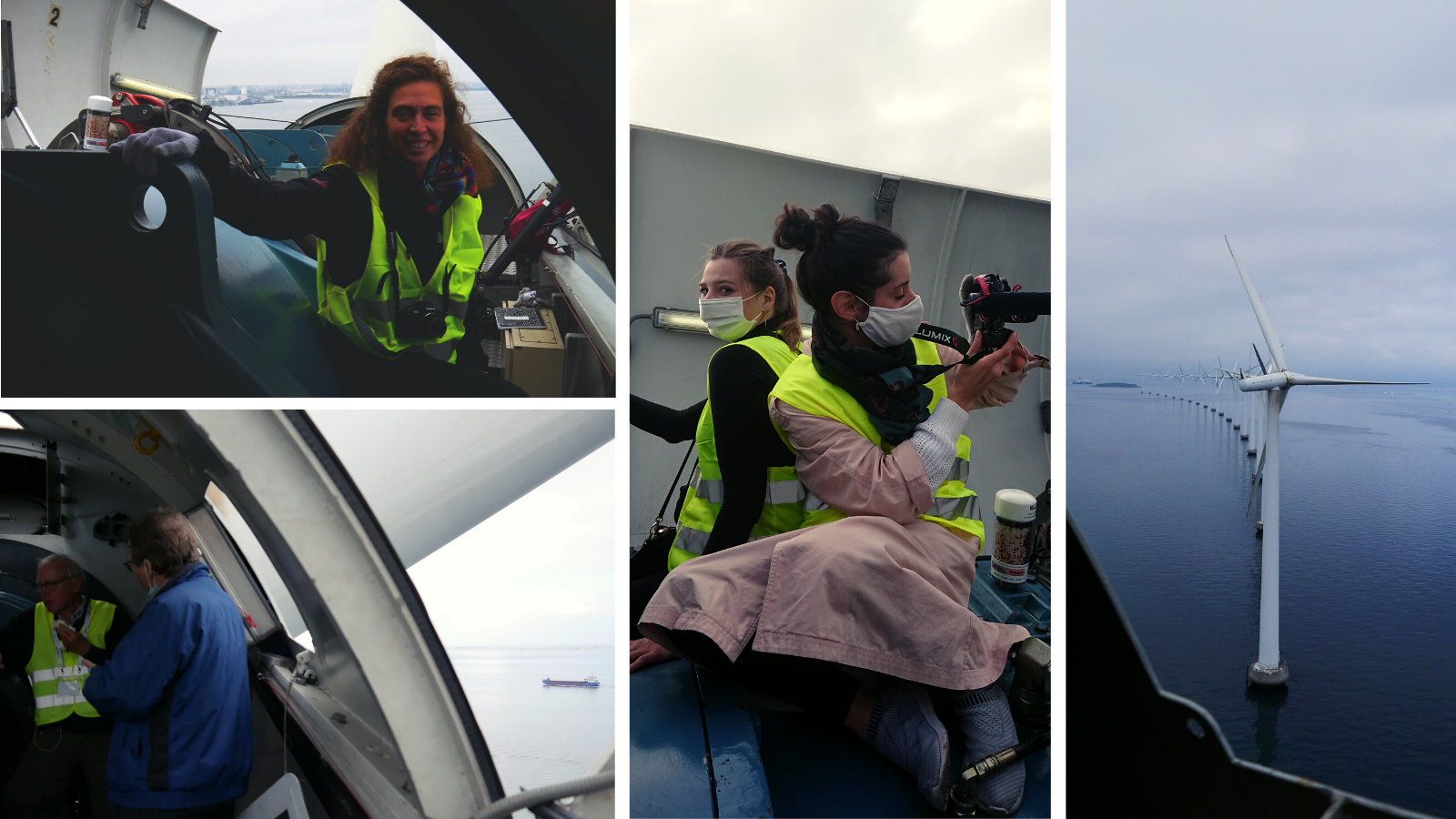