The cultural heritage of the Baltic Sea is exceptional, and it harbors an abundance of shipwrecks from centuries of intense trade and conflict and various other traces of the area’s history (Interreg Baltic Sea Region Project library 2019)

This survey was conducted by Metsähallitus Parks & Wildlife Finland and it is part of the BalticRIM project which is funded by the Interreg Baltic Sea Region program. BalticRIM aims to highlight the value of underwater cultural heritage sites and integrate cultural heritage management into maritime spatial planning in the Baltic Sea area. Coastal and underwater cultural heritage such as shipwrecks and archaeological sites are not systematically included in maritime spatial plans in the Baltic Sea area even though they can help cities and regions to brand themselves and promote tourism (Interreg Baltic Sea Region Project library 2019). The BalticRIM project helps to identify significant maritime cultural heritage. The European Commission has selected BalticRIM as a project under the European Year of Cultural Heritage 2018 and the project has also received the status of Flagship Project of the priority area of the EU Baltic Strategy.

Promoting Baltic Sea tourism by raising awareness of underwater cultural heritage is an important part of the project. This survey was targeted to wreck divers and the aim of this survey was to collect information on wreck diving in the Finnish coastal areas and the development needs connected to wreck diving. Emphasis was in the perspectives and opinions of the divers especially on general developmental needs and on wreck sites that need development as well as preferred wreck sites. The information gathered in this survey is important when developmental needs for the Finnish coastal areas are assessed in general terms and can be used to develop and foster tourism in the Baltic Sea. 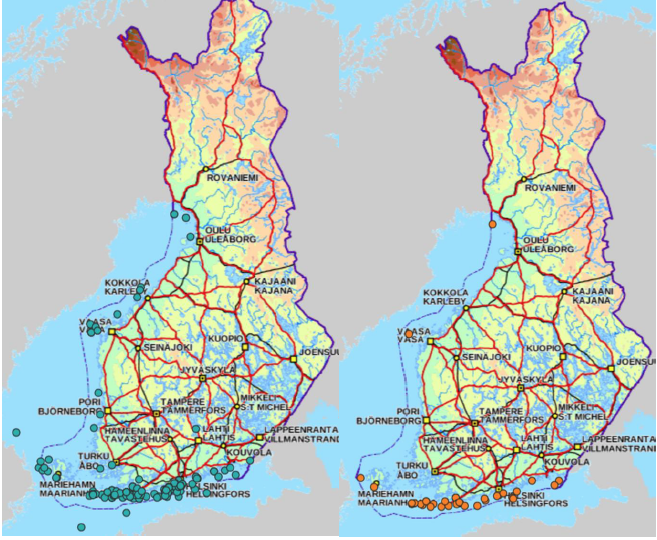