BalticRIM coordinator searched for anomalies with a side-scan sonar off the Schwansen peninsula’s coastline.

On 3rd April 2019, Schleswig-Holstein’s BalticRIM-coordinator Daniel Zwick joined a crew organised by Gabriele Dederer (Ghostnet-coordinator of WWF Germany) to search for anomalies with a side-scan sonar off the Schwansen peninsula’s coastline. These anomalies have been reported by fishermen as net-hooks, i.e. locations were nets were lost due to an underwater obstacle. While the WWF’s mission is to detect and clear the waters of such derelict nets, which pose a threat to marine wildlife, the anomalies are also of potential archaeological interest, as fishing gear is frequently lost at wrecksites – some of historical importance. Therefore, there is a common interest amongst archaeologists and environmental protection agencies to learn more about these net-hook positions . The survey was made possible by a special side-scan sonar developed by Crayton Fenn from Seattle (U.S.A.), which resolution is high enough to spot derelict nets. On this day, the only anthropogenic anomalies discovered were the traces left by trawlers – a sobering result, as no new data could be gained for the BalticRIM-Project. However, the visualisation of the sonar data highlighted the destructive effect of trawling gear on the seabed, which could have easily destroyed archaeological remains, like plough tracks on agricultural land. Although trawling is legally restricted in Schleswig-Holstein’s territorial waters, it is by no means outlawed and thus still poses a threat to marine wildlife as well as the underwater cultural heritage. 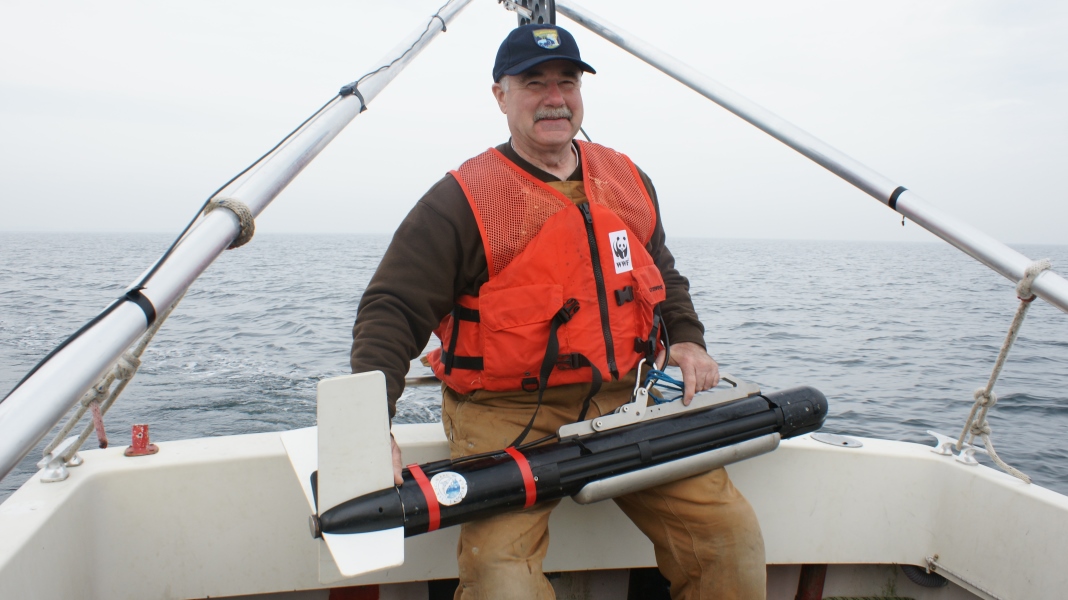 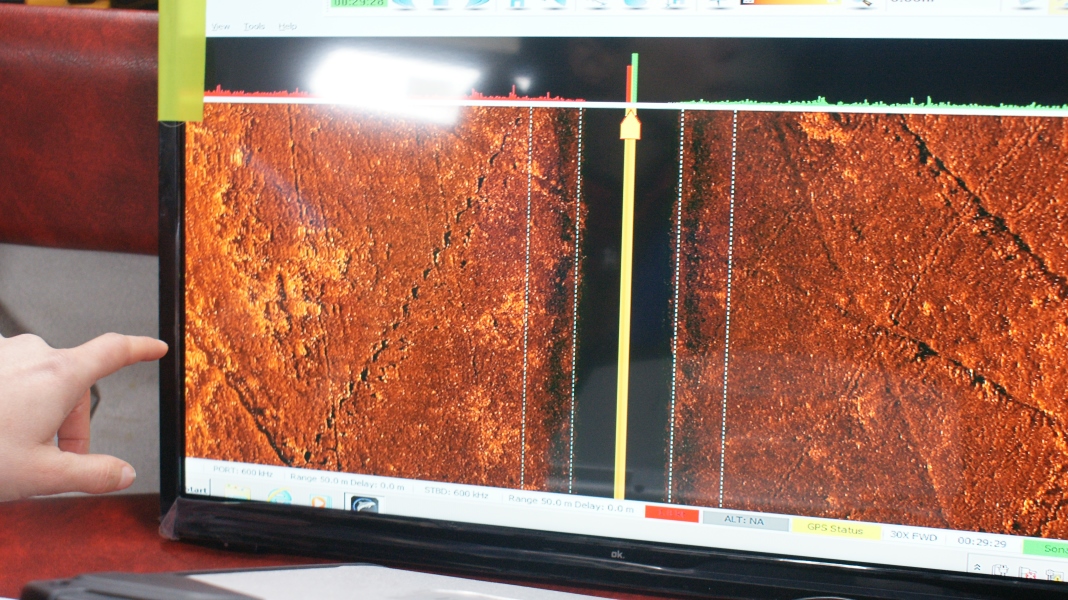 Pic 1: Crayton Fenn and his sonar-fish
Pic 2: Benthic trawl marks on the seabed 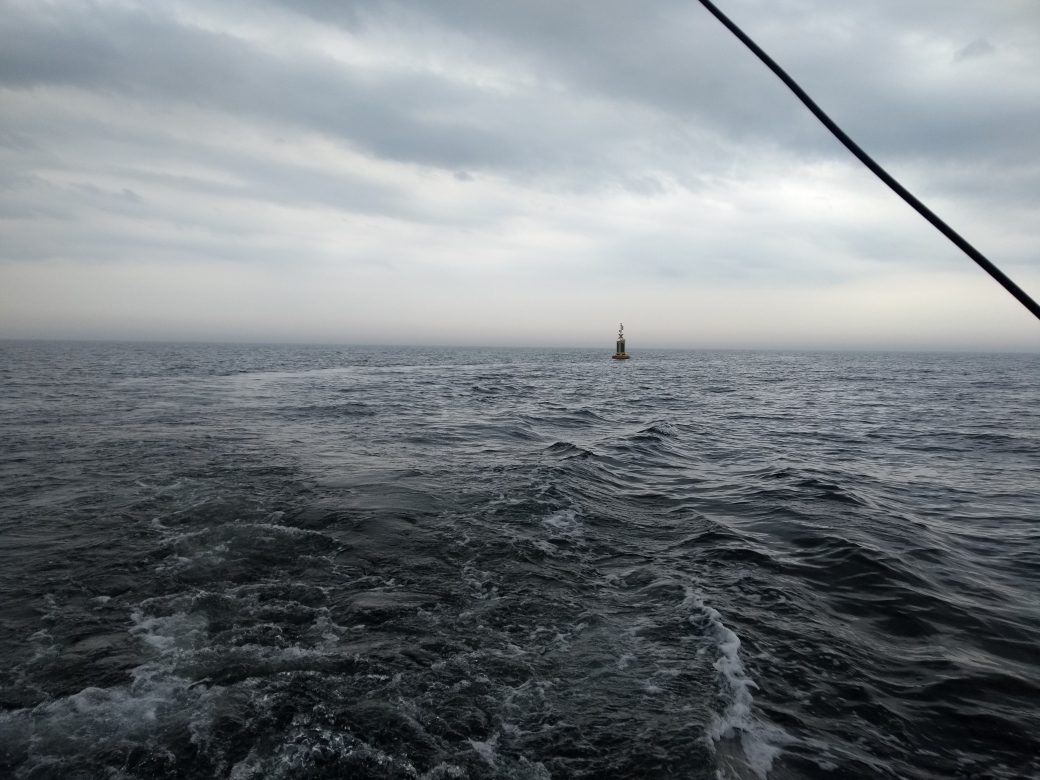 Pic 3: We are not the only ones collecting marine data. A lonely ODAS buoy.