Macroalgae are a new field of research at the Food Chemistry and Food Development unit at University of Turku. The fresh opening on sourcing Baltic Sea macroalgae for seaweed products has been well noted by the Finnish media, resulting in half a dozen presentations in local and national broadcasting news and newspapers including Kauppalehti, Auran Aallot, Tekniikka & Talous, Turun Sanomat and the national public broadcasting company YLE. In a front page piece by local Turun Sanomat (160 000 readers in Southwest Finland) on 4 February 2019, Professor Baoru Yang and Ph.D. Saska Tuomasjukka presented the potential of the local seaweed in food.

Currently, there are no seaweed aquafarms in Finland, but Yang and Tuomasjukka believe that the starting point for the commercial production and utilization of the Baltic Sea macroalgae is promising. Yang and Tuomasjukka refer to the furcellaran industry in Estonia, as an example of the utilization of the local macroalgae in food industry. Moreover, the Baltic Sea macroalgae can be associated to prevailing food trends like sustainability, vegetarian diets and local production. However, the sustainable production of macroalgae requires knowledge of the environmental effects and further research on the macroalgae aquaculture and processing techniques. 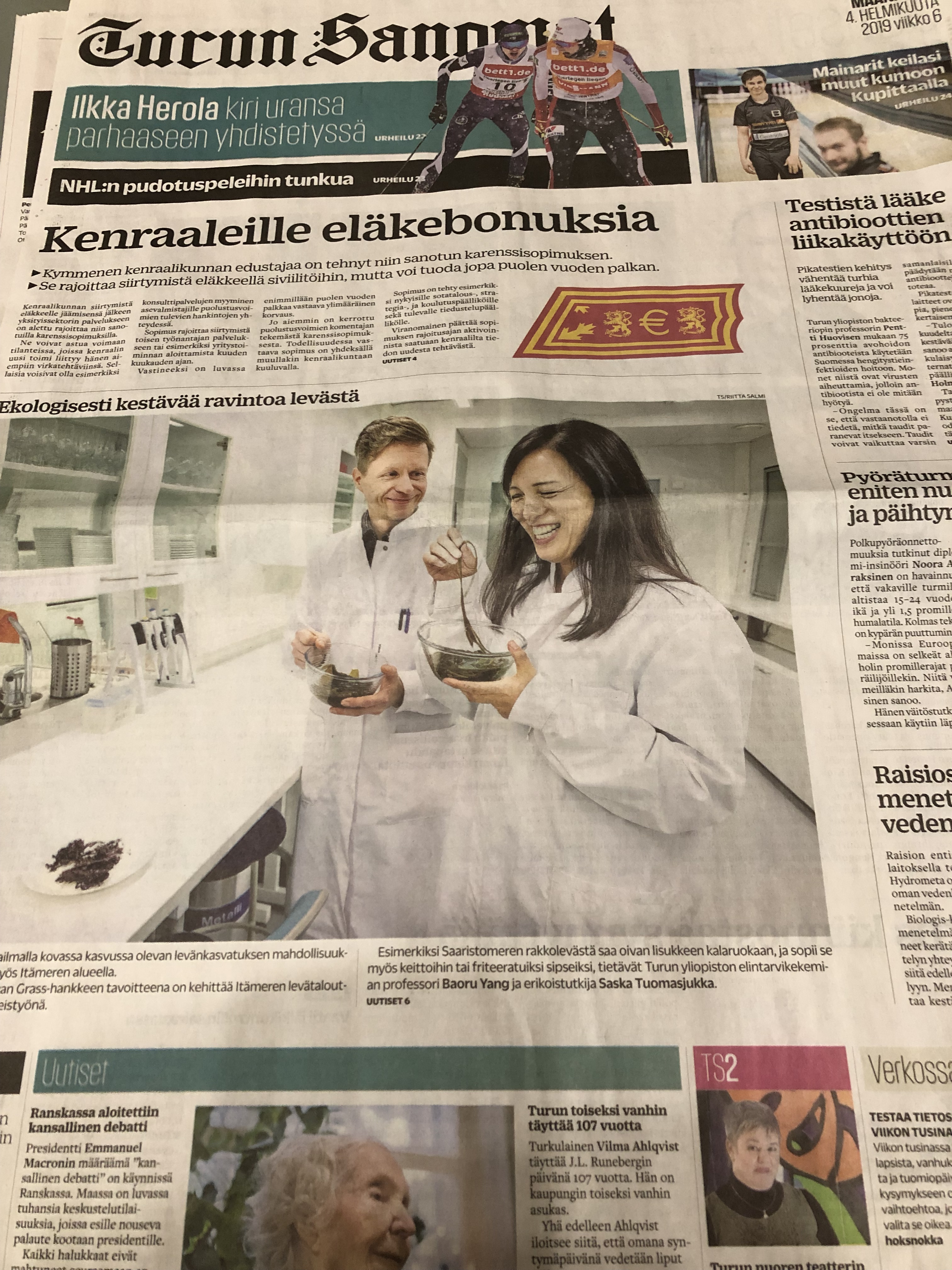